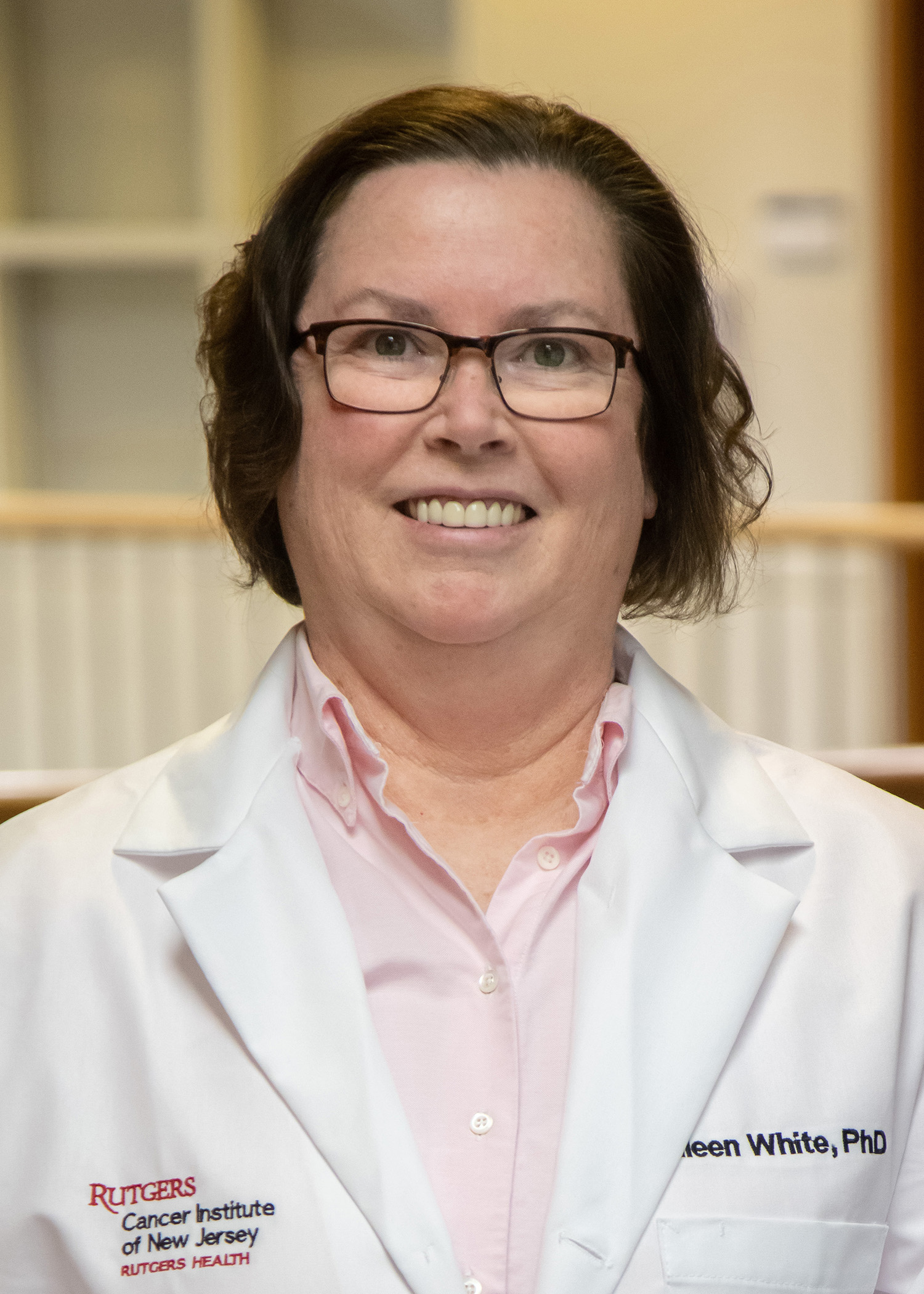 Eileen White is a cancer biologist known for her work establishing that a DNA tumor virus oncogene functions by inhibiting programmed cell death by apoptosis and is a homologue of the human BCL-2 oncogene. She is also known for establishing that tumor cells induce intracellular nutrient scavenging by autophagy, which promotes their metabolism, growth, survival, and malignancy. She was born and grew up on Long Island, New York, and received a B. S. degree in biology from Rensselaer Polytechnic Institute in 1977 and a Ph. D. degree in Biology from SUNY Stony Brook in 1983. She was a Damon Runyon Postdoctoral Fellow and Staff Investigator at Cold Spring Harbor Laboratory, then moved to Rutgers University where she contributed to the establishment of the Rutgers Cancer Institute of New Jersey. She is currently the Deputy Director, Chief Scientific Officer, and Associate Director of Basic Research at the Rutgers Cancer Institute, Associate Director of the Ludwig Princeton Branch of the Ludwig Institute for Cancer Research at Princeton University, and Board of Governors Professor of Molecular Biology and Biochemistry at the Rutgers School of Arts and Sciences. In addition to being elected to the National Academy of Sciences, she is an elected fellow of the American Association for the Advancement of Science and the American Academy of Microbiology.

Eileen White’s laboratory focuses on identifying mechanisms required for tumor cells and tumors to survive, proliferate, and evade surveillance by the immune system. The overall goal is to reveal novel approaches for cancer therapy. By studying how an oncogene encoded by the DNA tumor virus adenovirus promotes oncogenesis they established that it encoded a viral homologue of the human BCL-2 oncoprotein that blocked apoptosis by binding and inhibiting pro-apoptotic BCL-2 protein family members. These findings contributed to the intellectual leap that evading apoptosis was one of the hallmarks of cancer. By examining how tumor cells survive nutrient deprivation they discovered that they do so by upregulating intracellular nutrient scavenging by autophagy to recycle macromolecules into metabolic pathways. They went on to establish that autophagy in the host sustains levels of the amino acid arginine in the circulation, which is essential for tumor growth. By examining how autophagy controls the immune response they discovered that autophagy suppresses inflammation, thereby limiting an anti-tumor T-cell response that enables tumor growth. Collectively, these findings delineated novel tumor cell autonomous and host metabolic functions maintained by autophagy critical for tumor growth, and the means by which autophagy prevents tumor elimination by the immune system.