The New Jersey Devils hosted its annual Hockey Fights Cancer Night on Sunday, November 28, 2021. Two of our pediatric cancer survivors were celebrated during the game versus the Philadelphia Flyers.

Twelve-year-old Lucas Files, from Manahawkin, New Jersey was diagnosed with acute lymphoblastic leukemia (ALL) in October 2015 and completed treatment at Rutgers Cancer Institute and Robert Wood Johnson University Hospital in December 2018. As part of the celebration, Lucas participated in the ceremonial puck drop with Devils’ captain Nico Hischier and the Flyers’ Oskar Lindblom. He also was given the opportunity to design a custom mask for his favorite player, goalie Mackenzie Blackwood, who wore the mask during warm-ups. 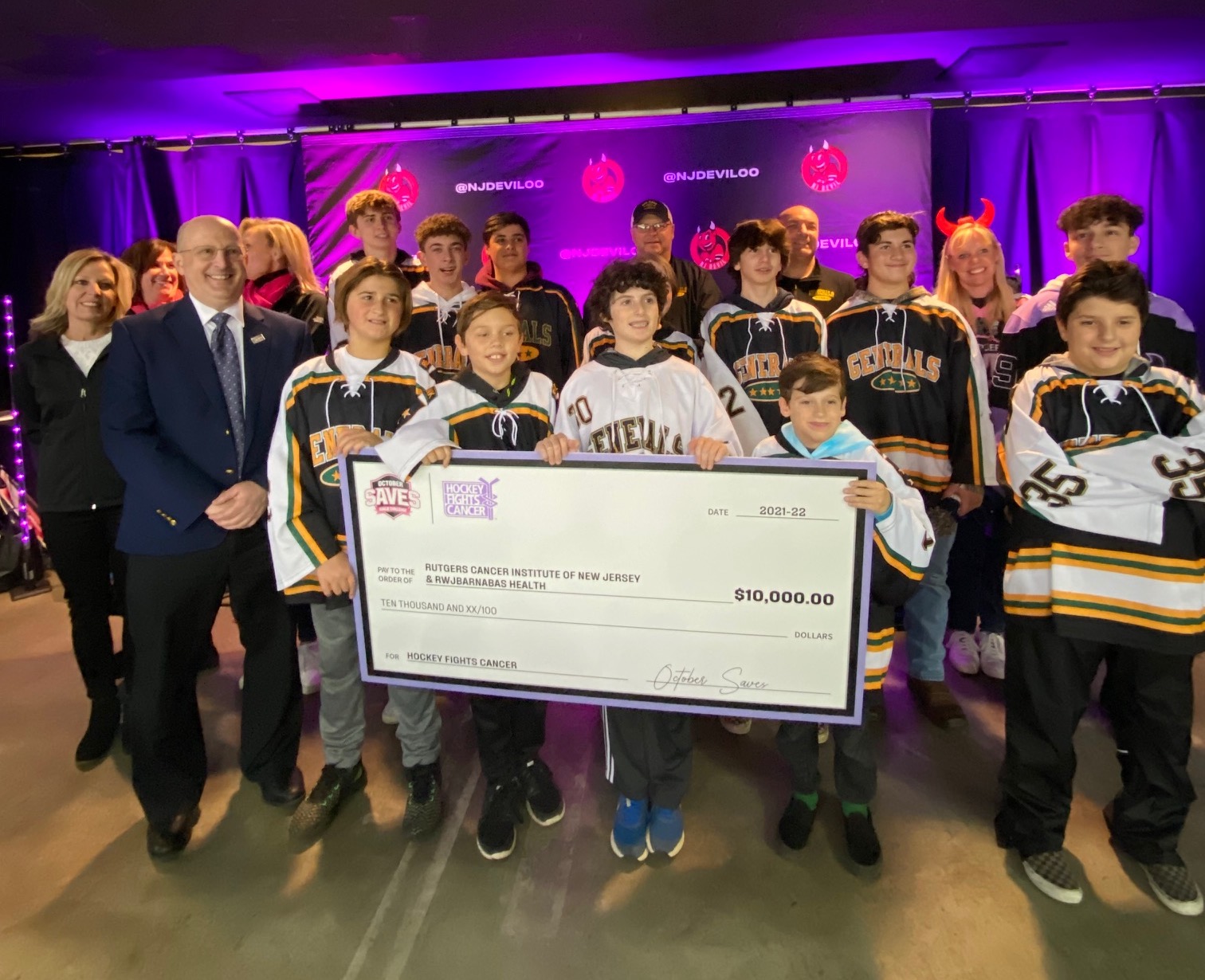 The Devils also honored Christian Koncewicz, a 9-year-old from Middletown, New Jersey as a special “Hero Among Us” during the game. Christian was diagnosed with leukemia in April 2021 and is currently under treatment at Rutgers Cancer Institute and Robert Wood Johnson University Hospital.

The New Jersey Devils celebrated Hockey Fights
Cancer Night on November 28, 2021 at a home
game against the Philadelphia Flyers.

Hockey Fights Cancer guest of honor, Lucas Files,
and his mother Jennifer join Catherine Bogart
to talk about his battle with cancer.