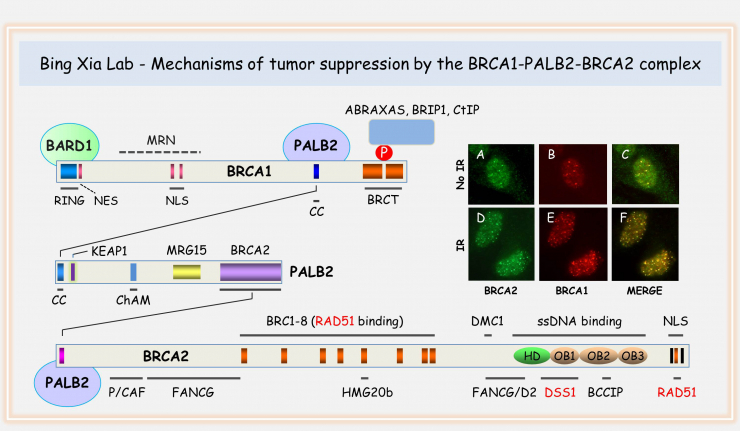 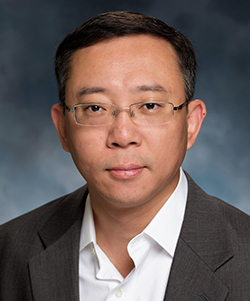 Dr. Bing Xia received his B.S. degree in Biochemistry from Wuhan University, China in 1992. Between 1992 and 1996, he worked at Sino-American Biotechnology Company (SABC) in China, first as a R&D scientist and then as a sales representative. He came to the United States to pursue graduate studies in 1996 and obtained his Ph.D. degree in Biochemistry and Molecular Biology in 2001 from the University of Medicine and Dentistry of New Jersey (now Rutgers Biomedical and Health Sciences), under the mentorship of Dr. Masayori Inouye. After that he completed his postdoctoral training in Dr. David M. Livingston’s laboratory at Dana-Farber Cancer Institute and Harvard Medical School. In 2007, Dr. Xia was recruited to Rutgers Cancer Institute of New Jersey and appointed to the faculty of the Department of Radiation Oncology, Rutgers Robert Wood Johnson Medical School. Dr. Xia was promoted to Associate Professor in 2013 and professor in 2019. Dr. Xia is internationally recognized for his discovery of the PALB2 tumor suppressor and the establishment of the BRCA1-PALB2-BRCA2 DNA damage response and tumor suppression pathway. The discovery of PALB2 is considered a significant advance in cancer genetics and the gene is now routinely tested for genetic counseling and precision medicine. Additionally, Dr. Xia’s research has also shed light on the roles of oxidative stress and autophagy in breast cancer.