The Zheng Lab is interested in the mechanisms of nutrient signaling that control growth and metabolism, their contributions to cancer and diseases such as diabetes and hepatic steatosis, and development of novel therapeutic strategies. Specific research areas include: 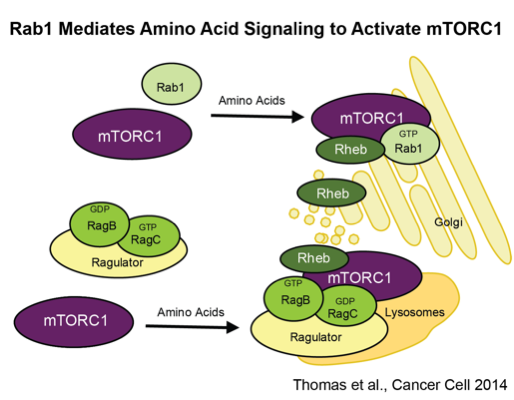 Cell growth is a process of assimilating extracellular nutrients such as amino acids and converting them into cell mass. Nutrients are not only basic cellular building blocks, but also key chemical signals dictating cell growth and metabolism. Highly complex signaling modules are imbedded inside the cell to accurately transduce nutrient cues directing cellular programs such as protein synthesis and nuclear transcription. mTOR is a central component of nutrient signaling. Through innovative genetic and genomic approaches in model organisms, we identified a large panel of mTOR pathway genes. Our current efforts are directed at understanding their molecular functions in normal physiology, cancer and other metabolic diseases. 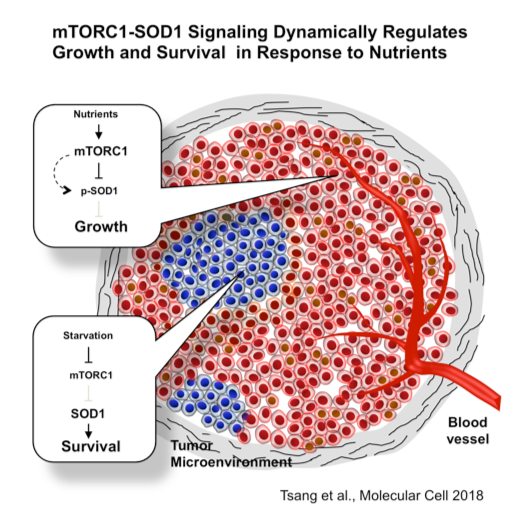 Reactive oxygen species (ROS) are produced during energy metabolism. They enhance growth but excessive ROS can damage DNA and other macromolecules, leading to cell death. The cell has the ability to closely coordinate cellular metabolism and redox homeostasis in response to different extracellular environmental conditions. For example, we found that the activity of superoxide dismutase 1 (SOD1), a major antioxidant enzyme, is regulated by nutrients through mTOR-dependent phosphorylation. This mechanism enables the cell to dynamically switch to either cell growth or survival mode, depending on nutrient availability. We have also discovered that SOD1 can act as a transcription factor to modulate oxidative stress response. Because cancer cells are under enormous oxidative stress in the ischemic tumor microenvironment, we are exploring this vulnerability to discover new anticancer strategies. 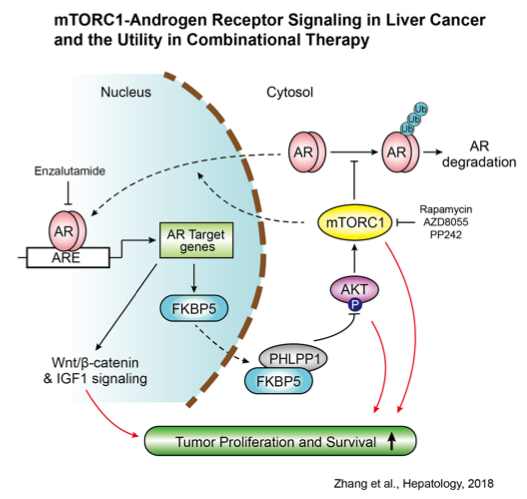 mTOR forms two distinct protein complexes mTORC1 and mTORC2 that regulate cell growth and survival. mTOR pathway is one of the most frequently targeted pathways in human cancers. Hyper-activation of mTOR signaling renders oncogenic advantages in growth and survival. Rapamycin and several rapamycin analogs are mTORC1-specific inhibitors and US FDA-approved anticancer drugs. mTOR kinase inhibitors, which target both mTORC1 and mTORC2, are also developed and currently under human cancer clinical trials. Efforts are directed at understanding the genetic and molecular basis underpinning the sensitivity and resistance to mTOR-targeted agents. We are especially interested in how mTOR cross-talks with other major growth pathways. This should allow us to develop more effective strategies such as rational drug combination for co-targeting these pathways, improving treatment outcomes. 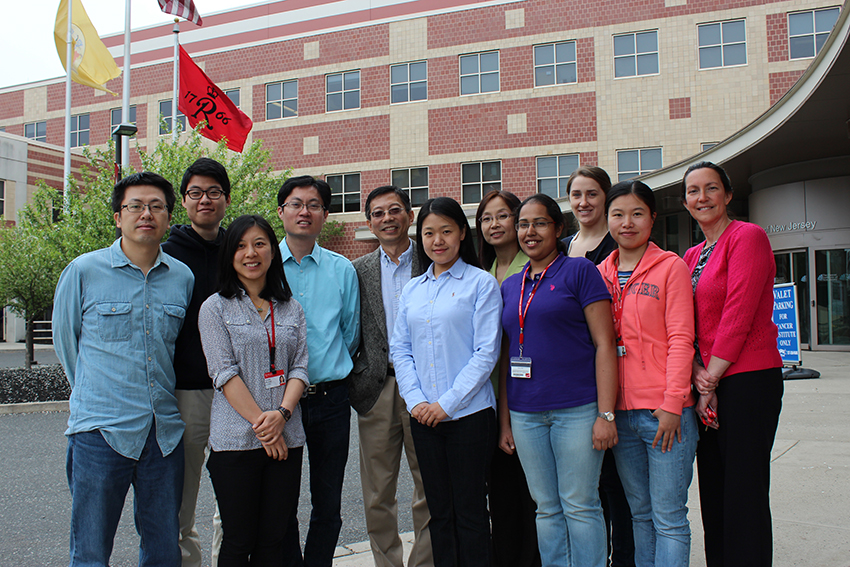