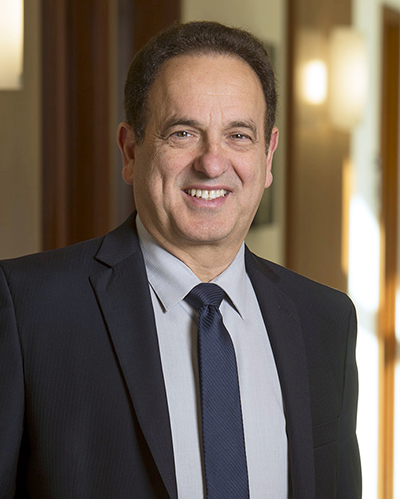 Dr. Haffty has a long and successful record in clinical and translational research in radiation oncology. His work has centered on molecular/genetic factors as they relate to radiation resistance and outcomes in patients undergoing radiation. His original work on BRCA1/2 in conservatively managed breast cancer, published in Lancet, document high rates of second primary ipsilateral breast cancers and has impacted clinical practice. Additional studies, based on valuable tissue microarrays with annotated databases he has created demonstrate novel factors associated with outcomes paving the way for molecular targeted therapies in combination with radiation. Initial studies on outcomes in triple negative breast cancers led to collaborative laboratory studies demonstrating that the loss of 53BP1 was associated with resistance to DNA damaging agents in triple negative BRCA1 deficient cells. Subsequently, his laboratory demonstrated higher rates radiation resistance and local failures in triple negative breast cancers with loss of 53BP1.

In addition to a busy clinical practice, Dr. Haffty has served on numerous national committees related to research and education in breast cancer and radiation oncology. He is a Past President of the American Radium Society, past Chairman of the Residency Review Committee in Radiation Oncology, past President of the American Board of Radiology, and past President of ASTRO. He recently was elected to the RSNA Board of Directors as the Science Liaison. He is currently an Associate Editor of the Journal of Clinical Oncology and serves as Chairman of the Board of ASTRO. He recently served as Interim Director, Rutgers Cancer Institute of New Jersey before being named Chief of Staff.