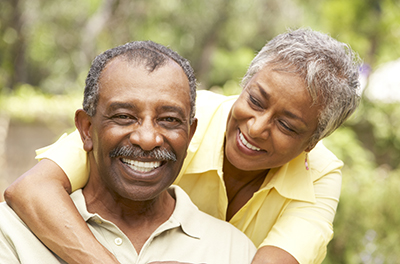 New Brunswick, N.J. – A $26.5 million study examining African-American men and why they develop more aggressive forms of prostate cancer has been announced, with an aim of improving survival for this population. New Jersey State Cancer Registry Director Antoinette Stroup, PhD of Rutgers Cancer Institute of New Jersey along with Karen Pawlish, PhD of the New Jersey Department of Health, are among the nationwide collaborators on the ‘RESPOND’ study being led by the Keck School of Medicine of the University of Southern California (USC). The effort, which will also explore why these men are more likely to die from aggressive forms of prostate cancer, is being supported by the National Cancer Institute, the National Institute on Minority Health and Health Disparities, and the Prostate Cancer Foundation. Dr. Stroup, who is also an associate professor of epidemiology at Rutgers School of Public Health, and Dr. Pawlish share more about the project.

Q: Why is this topic so important to explore?

Q: The study is called ‘RESPOND’ (Research on Prostate Cancer in Men of African Ancestry: Defining the Roles of Genetics, Tumor Markers and Social Stress). What is involved?

A: We will be requesting that African-American men who have been recently diagnosed with prostate cancer contact us to learn more about the study or to respond to a letter they receive from the New Jersey State Cancer Registry. Participation includes completing a survey, providing a saliva sample, and giving researchers permission to access their prostate tumor tissue that has been saved at the facility where they received treatment. This information will then be used by researchers to study how exposure to stress over a lifetime, inherited susceptibility (i.e. genes), and tumor characteristics contribute to the development of prostate cancer and more aggressive disease.

A: The New Jersey Department of Health and the Rutgers Cancer Institute are partners in statewide cancer surveillance and population-based epidemiological cancer research through their joint management of the New Jersey State Cancer Registry. As investigators, we (Drs. Stroup and Pawlish) will work together to coordinate recruitment and enrollment in RESPOND.

Q: What does the team hope to achieve?

A: Understanding social and biological factors that contribute to prostate cancer is a public health priority. It is expected that the information gained from RESPOND will lead to more effective interventions for preventing the disease, reducing late-stage diagnosis, and developing novel treatment strategies for African-American men. Recruitment for the RESPOND study is scheduled to begin in September. For additional information visit: respondstudy.org.