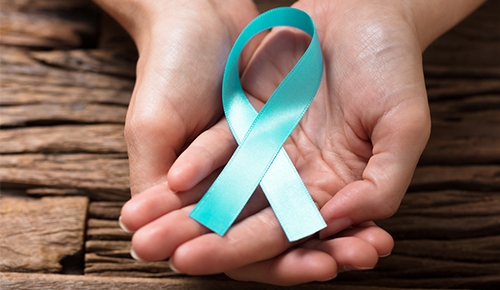 New Brunswick, N.J. - According to the American Cancer Society, cervical cancer is still a prevalent problem in the United States with 13,000 new cases of invasive cervical cancer leading to 4,100 cancer-related deaths each year.  More than 90 percent of cervical cancer cases are caused by a sexually transmitted virus known as HPV (human papillomavirus).

More than 14 million people become newly infected with HPV each year (according to the Centers for Disease Control and Prevention) – mostly teens and young adults. A great majority of these infections resolve, but sometimes HPV infection can persist to develop precancerous cervical lesions and eventually cervical cancer. However, with vaccination against HPV and regular Pap smear screening, this cancer can be prevented.

The vaccine protects against nine strains of HPV for both female and males, which can prevent more than 90 percent of HPV-related cancers, including cervix, anal, vaginal and vulvar cancers, as well as genital warts.  Multiple studies have shown that the vaccine is safe, effective and needs to be given before infection with HPV has occurred.  While the first vaccine can be administered starting as early as 9 years of age, the recommendation is to administer to both girls and boys at ages 11 to 12 and prior to exposure to HPV. The U.S. Food and Drug Administration also recently approved this vaccine for up to age 45.

The first HPV vaccine was recommended in 2006. By 2014, HPV infections responsible for the majority of HPV-related cancers decreased by 71 percent in teen girls and by 61 percent among young women (Oliver, et al., The Journal of Infectious Diseases, September 2017). Now that the age to receive the vaccine has been extended, the possible enhanced impact is encouraging.

Screening Pap smears are still recommended, even after vaccination. Screening may detect precancerous changes that occur in cells, and treatment with simple surgical procedures can prevent precancerous changes from becoming cervical cancer. A Pap smear recommended beginning at the age of 21 and every three years until age 29.  At 30 years and older, women can receive a combination of a Pap smear and HPV testing every five years.  In the near future, screening may change to use HPV detection alone.

All women should know warning signs of cervical cancer, which include abnormal vaginal bleeding or spotting; discharge or bleeding after intercourse; and pelvic or back pain.  In addition to seeking care for any of these symptoms, women should maintain routine and appropriate screening with her physician.  Cervical cancer, when caught early, can be treated and cured.