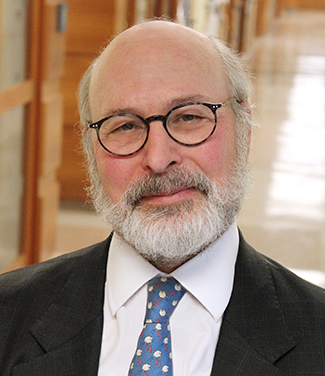 New Brunswick, N.J. – Targeted therapy with anti-VEGF and anti-EGFR antibodies both improve outcomes when added to chemotherapy in the treatment of colorectal cancer.  However, some previous studies suggested the combination of the two antibodies may have a negative interaction. Those studies were done without selecting patients for KRAS mutations. Investigators from the ECOG-ACRIN Cancer Research Group led by Howard S. Hochster, MD, FACP, associate director for clinical research and director of gastrointestinal oncology at Rutgers Cancer Institute of New Jersey, wanted to explore the anti-VEGFR antibody ramucirumab in second-line treatment.

They examined whether ramucirumab improved activity of the combination of the chemotherapy drug irinotecan with the anti-EGFR antibody cetuximab for those patients previously treated with FOLFOX or CAPOX and bevacizumab whose disease began to progress.  The work focuses on a form of colorectal cancer that has normal KRAS genes (about 60 percent of metastatic colorectal cancer). Previous research has shown that the antibodies that block the EGFR antibody have activity against this type of colorectal cancer, but not when the tumor harbors KRAS mutations. Another question explored was the effect of a second anti-VEGF antibody (ramucirumab) if patients had previously received bevacizumab.

The research is being presented as part of an oral abstract presentation at the American Society of Clinical Oncology (ASCO) Annual Meeting taking place this week in Chicago. Dr. Hochster, who is also a distinguished professor of medicine at Rutgers Robert Wood Johnson Medical School, director of oncology research at RWJBarnabas Health, and lead author of the work, shares more:

Q: Why is this topic important to explore?

A: Some previous studies of anti-EGF combined with anti-VEGF drugs produced negative outcomes, but these were performed in unselected patient populations. This was the first second-line colon cancer study to select patients based on their KRAS status.  It is an important observation as it will inform future studies that combine these kinds of antibodies to improve treatment outcomes.

Q:  How was the study structured and what did you find?

A: The study allowed patients who had received first-line standard combination chemotherapy with bevacizumab to go on to receive second-line chemotherapy plus cetuximab with or without the novel anti-VEGF anti-body ramucirumab. Between June 2014 and July 2017, 102 evaluable patients (65 percent male; median age 60 years) were randomized and received treatment every two weeks. We demonstrated that adding ramucirumab improved the time for tumor growth and progression (hazard ratio 0.65, which corresponds with an overall 35 percent improvement in time to progression) for the patients receiving both antibodies. Adverse events included diarrhea, rash and neutropenia, but were only seen in a small percentage of participants (<15 percent).

Q:  What are the implications of these findings?

A: We used a flexible, real-world design for eligibility after first-line chemotherapy. Our results are similar to the reported improvement in progression-free survival in other second-line anti-VEGF trials and supports the fact that antibodies against these two targets can be combined for additional benefit in the appropriate patient population.