A New Lease on Life for Prostate Tissue 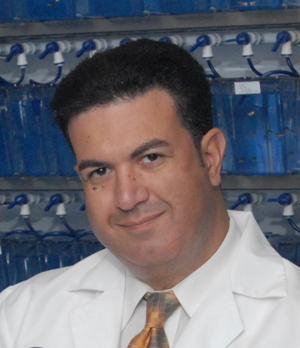 New Brunswick, N.J. – What if a prostate cancer patient could learn which anti-cancer treatments would work best for him without having to swallow a single pill or endure a single intravenous line or injection? Research from Rutgers Cancer Institute of New Jersey involving the development of human organoid prostate models could have implications for how future therapy is guided for some of this population, say investigators. At focus is the development of prostate stem cell-derived organoids, the size of a pinhead, that were developed from prostate cancer biopsy and resected tissue taken from patients with early-stage and advanced prostate cancer. The findings are being presented at the Annual Meeting of the American Association for Cancer Research (AACR) being held in Philadelphia this week.

Next generation androgen deprivation therapy, radiation and chemotherapy have been clinically effective against advanced prostate cancer. But despite short-term responses, disease recurrence typically occurs. A majority of these recurring tumors are found to have drug resistance that can be identified during initial therapy if primary tumor cells from individual patients can be maintained and their features examined. Cancer Institute of New Jersey investigators wanted to develop a more suitable model in which to better understand how each patient’s cancer cells respond to therapy and identify early markers of drug resistance.

Preliminary data show the organoid models developed in the laboratory have the same tissue and cell make-up of human prostates and possess such functioning apsects as androgen receptor signaling and secretion of the prostate specific antigen (PSA) protein.  It was also revealed that when prostate organoids were exposed to the same androgen deprivation therapy that patients have, cells from the prostate organoids maintained genetic and growth rate features of the primary prostate from where tissue was originally secured and markers of therapy resistance could be detected.

“When it comes to better understanding therapy resistance in prostate cancer, animal models and human prostate cancer cell lines by themselves are limiting. By using the patient’s own tissue in 3D cultures, we are able to develop a new laboratory platform for drug testing that maintains the genetic features of the primary prostate, thus enabling scientists to better identify biomarkers of drug resistance or hormonal resistance,” notes senior author of the work, Hatem Sabaawy, MD, PhD, resident member at the Cancer Institute and assistant professor of medicine at Rutgers Robert Wood Johnson Medical School. “We are encouraged that the prostate organoid model can be used with precision medicine and co-clinical approaches to help guide future clinical trials.”